If you are moving to Connecticut, you must hire moving companies in Connecticut. Connecticut is a state in the northeastern United States, and it is the southernmost part of the New England region. Connecticut has historically been a state with a large number of European settlers, primarily of British and Dutch origin. The state is also known as “The Provisions State” and “The Land of Consistent Habits.” Throughout its long history, the state has seen many significant events and changes. Connecticut is also one of the country’s smallest states in terms of land area. The state’s economy is based on industry, commerce, services, and tourism. Latitude and longitude coordinates are: 41.599998, and -72.699997. 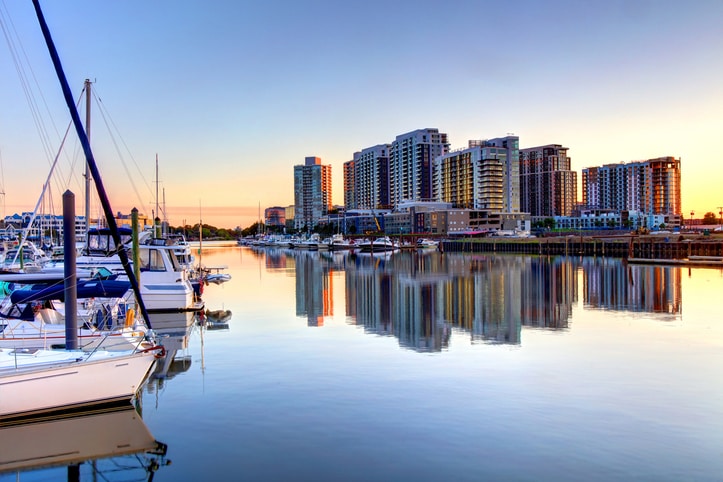 College Hunks was founded by two college pals who had an old van. All they wanted was to provide in-demand trucking services in their town. They eventually formalized their partnership and established College HUNKS Hauling Junk & Moving in 2005. They swiftly grew into a national moving firm that specializes in transportation, logistics, and garbage hauling via hard work and devotion.

Woodland Moving and Warehouse Inc. is the firm to call if you need an established professional mover to manage your local or international relocation.  Headquartered in Connecticut, has been delivering world-class moving and warehousing services to residential and corporate customers since 1914.

The major purpose of Bellhop moving company is to make customers feel at ease about their relocation, knowing that everything is going to plan and that they will be entirely delighted with the service after it is over. The entire Bellhop team, from the owner to each of the moving crews, is dedicated to doing things correctly no matter what.

Admiral Moving and Storage is a Connecticut-based family-owned and runs professional relocation company known for providing exceptional residential and commercial moving services throughout the East Coast. They have been serving the area for over 55 years, and it is clear from the glowing testimonies of their delighted customers that they know precisely what they are doing when it comes to relocating.

JMG Movers is a dependable moving company that serves clients in and around the Greater Hartford area. They are well-known for being extremely professional and completely trustworthy when it comes to handling any type of move.

Why do people move to Connecticut?

Connecticut has historically been a state with a large number of European settlers, primarily of British and Dutch ancestry. The state is also known as “The Provisions State” and “The Land of Consistent Habits.” Throughout its long history, the state has seen numerous significant events and developments. Connecticut is also one of the country’s smallest states in terms of land area. The state’s economy is built on industry, trade, services, and tourism.

Why Should You Hire Moving Companies in Connecticut?

There are two types of moving companies in Connecticut. A local mover is required if you are moving within the city or state. You may be moving into or out of the form if your move exceeds 100 miles. In that case, long-distance movers will be required. The primary reason for hiring Moving Companies in Connecticut is that they provide various beneficial services.

BuzzMoving.com Locate the Best moving companies in Connecticut – Save money by getting free moving quotes from pre-screened movers in Connecticut, CT.