When relocating to Louisiana, You must hire moving companies in Louisiana. Louisiana is one of the country’s smallest states. The state capital is Baton Rouge, and the state’s largest city is New Orleans. Latitude and longitude coordinates are 30.391830, -92.329102. 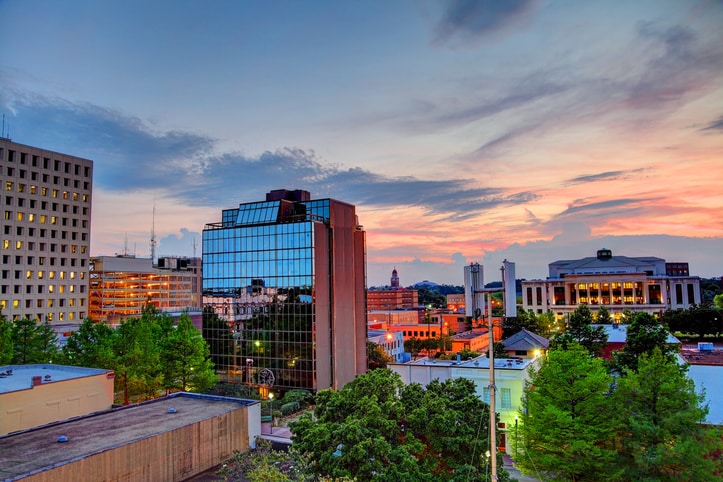 David Moving Company is a locally owned and operated professional mover that has taken care of relocation needs for residents and businesses in Baton Rouge since 1954.

Because the movers are no longer students, but fully qualified and highly skilled professionals, the name Student Movers may no longer be a literally accurate description of the company.

Heaven on earth is how you are going to feel when you hire this professional moving company for your home or business relocation. Indeed, Heaven on Earth Moving Services is what you need if you want a stress-free and fully successful move.

TWO MEN AND A TRUCK® is a large franchised moving company that caters to clients from different states of the US. They started as a local mover more than 30 years ago and are now one of the country’s top moving companies.

All My Sons Moving & Storage

All My Sons Moving and Storage is more than just a professional moving company; they are also your moving buddy. Unlike other movers, which are primarily businesses that provide impersonal services, All My Sons is a family-owned business that adheres to the good old values of courtesy and respect.

Why do people move to Louisiana?

Louisiana is well-known for its abundance of natural wonders such as forests, rivers, lakes, natural parks, and so on. The Sabine River forms a large portion of the state’s western border, while the Mississippi River forms the state’s eastern border.

For those looking for work, Louisiana offers a wide range of career options.

As the world’s fastest-growing economy, it has a large number of job openings. Furthermore, in comparison, the income level is relatively high. Some of the highest-paying jobs in Louisiana are as follows:

Louisiana generated approximately $3.2 billion in agricultural cash receipts in 2020, with sugarcane for sugar and seed, soybeans, and broilers being the most valuable commodities. The value of Louisiana’s agricultural production and processing industries represented 2.8 percent of the total state GDP in the same year.

Louisiana has some of America’s most vibrant cultures, including a sizable Creole and Cajun population. The Spanish, French, African, and Native American influences can be seen in every way. They speak their own language, have their own musical style, and a delectable cuisine all their own.

Throughout the year, the temperature typically ranges from 41°F to 93°F, with temperatures rarely falling below 28°F or rising above 99°F.

Rental homes in Louisiana begin as soon as $200 to $300 a week 2 bedrooms homes and can go up to $1,100 per month for larger properties. Several of the rental homes have views of the beach or the ocean and are in quiet areas. The peace and quiet are a big plus, and it is often most desired by vacationers.

Now, a gallon of regular gasoline in Louisiana costs around $4.034.

Louisiana, also known as the “Bayou State,” the “Child of the Mississippi,” the “Creole State,” the “Pelican State (official),” the “Sportsman’s Paradise,” the “Sugar State,” and the “Bayou Boot,” has some of the most beautiful and spectacular sights and places to visit! Just look through these amazing photos and be amazed by their beauty.

Why Should You Hire Moving Companies in Louisiana?

In Louisiana, there are two kinds of moving companies. If you are moving within the city or state, you will need to hire a local mover. If your move exceeds 100 miles, you may be moving into or out of the state. Long-distance movers will be required in that case. The main reason for hiring Moving Companies in Louisiana is that they offer a wide range of beneficial services.

BuzzMoving.com Locate the Best moving companies in Louisiana – Save money by getting free moving quotes from pre-screened movers in Louisiana, LA.